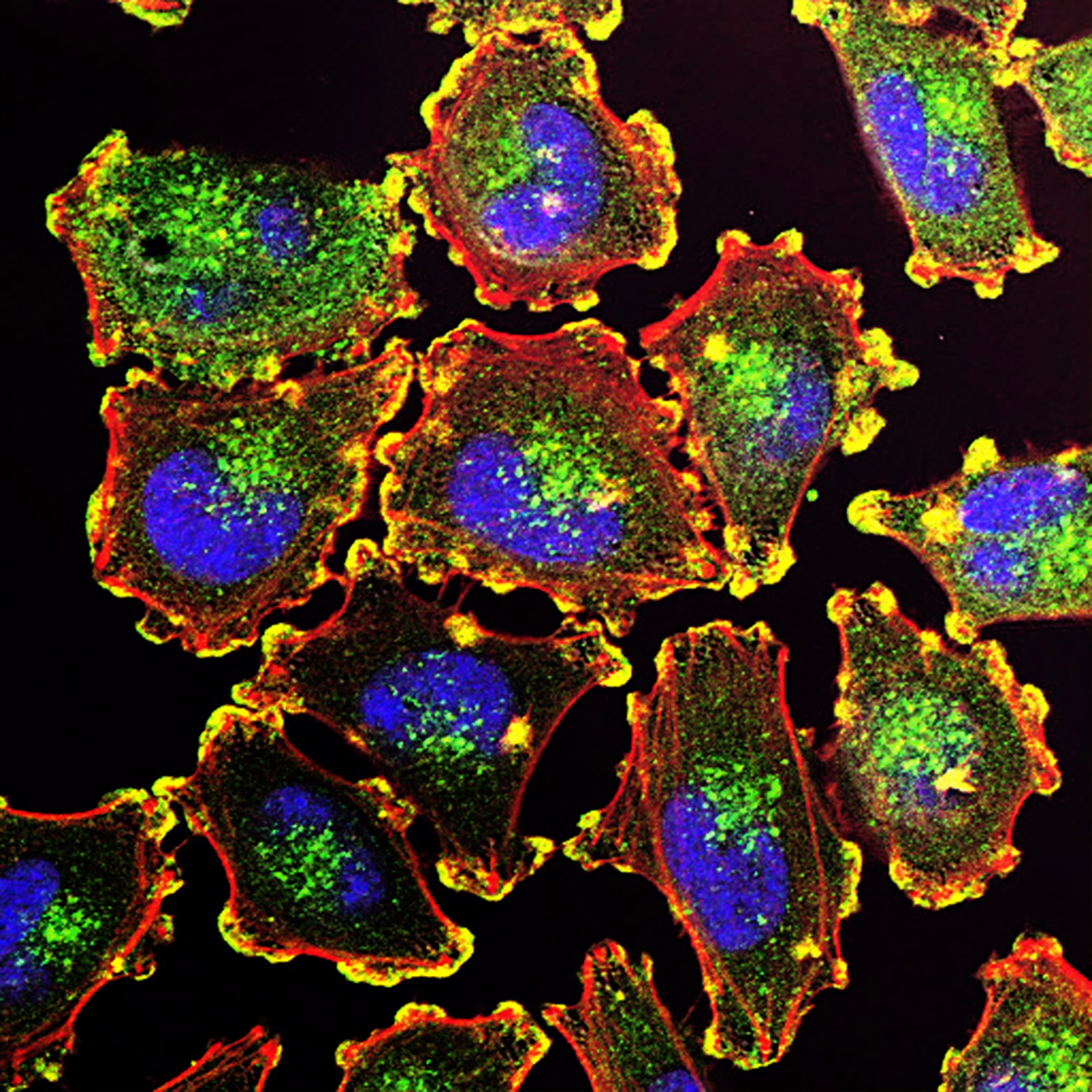 Hypoxia, or the inadequate oxygenation of a tissue, is a condition occurring frequently in all solid tumours such as melanoma skin cancer. Melanoma cells are not only able to survive oxygen deprivation, but also to use it to their own advantage by hijacking the anti-tumour immune response and developing resistance mechanisms to conventional anti-cancer therapies. A key gene responsible for cancer cell adaptation to hypoxia is HIF-1α (Hypoxia Inducible Factor-1 alpha).

Led by Dr Bassam Janji, head of the Tumor Immunotherapy and Microenvironment (TIME) research group at the Luxembourg Institute of Health (LIH) and in collaboration with Gustave Roussy Cancer Center in France and the Thumbay Research Institute of Precision Medicine at Gulf
Medical University in the United Arab Emirates, the team used gene editing technologies to show how targeting HIF-1α could not only inhibit tumour growth, but also drive cytotoxic (toxic to cells) immune cells to the cancer tissue.

Melanoma is a type of skin cancer that develops from melanocytes, cells that are responsible for the production of pigments. Melanomas become harder to treat if not detected early, with emerging treatment resistance being an important barrier to their effective management. Due to their rapid growth rate and low blood supply, solid tumours including melanoma often exhibit areas of hypoxia. Hypoxia, or the decrease of oxygen in the tumour microenvironment, would normally cause tumour cell death.

“Certain solid tumours have evolved to survive this hostile microenvironment by activating HIF-1α, a gene reported to be a major factor mediating the adaptive response to changes in tissue oxygen level.”

Dr Janji. William G. Kaelin Jr, Sir Peter J. Ratcliffe
and Gregg L. Semenza were awarded the Nobel Prize in Physiology or Medicine in 2019 for their discovery of HIF-1α and how cells use it to sense hypoxia.

Hypoxia has also been reported to be responsible for the failure of tumour response to conventional anti-cancer therapies and can prevent the infiltration of immune cells into the tumour. It is therefore crucial to understand the mechanisms by which cancer cells overcome this hypoxic environment to improve the effectiveness of available anti-cancer therapies.

The team led by Dr Janji sought to inactivate the functionality of the HIF 1α gene using CRISPR gene editing technology and investigate the impact of such inactivation on tumour growth, immune cell infiltration and response to immunotherapy in a preclinical melanoma mouse model.

“Our study revealed that blocking the activity of HIF-1α significantly inhibited melanoma growth and amplified the infiltration of immune cells into the tumour microenvironment by increasing the release of CCL5, a well-defined mediator involved in driving cytotoxic immune cells to the tumour battlefield”

Importantly, the study also showed that combining a drug devised to stop hypoxia significantly improves melanoma immunotherapy. When the results were validated retrospectively in a cohort of 473 melanoma patients, the hypoxic signature of tumours was correlated to worsened outcomes and the lack of immune cell infiltration into tumours, which is considered as a major characteristic of tumour resistance to immunotherapies.

“Together, our data strongly argue that therapeutic strategies disrupting HIF-1α would be able to modulate the tumour microenvironment to permit the infiltration of immune cells. Such strategies could be used to improve vaccine-based and immune checkpoint blockade-based cancer immunotherapies in non-responder melanoma patients.”

The article was listed under the category of ‘brief communication’, a category reserved for articles of exceptional interest due to their significance and timely contribution to cancer biology.