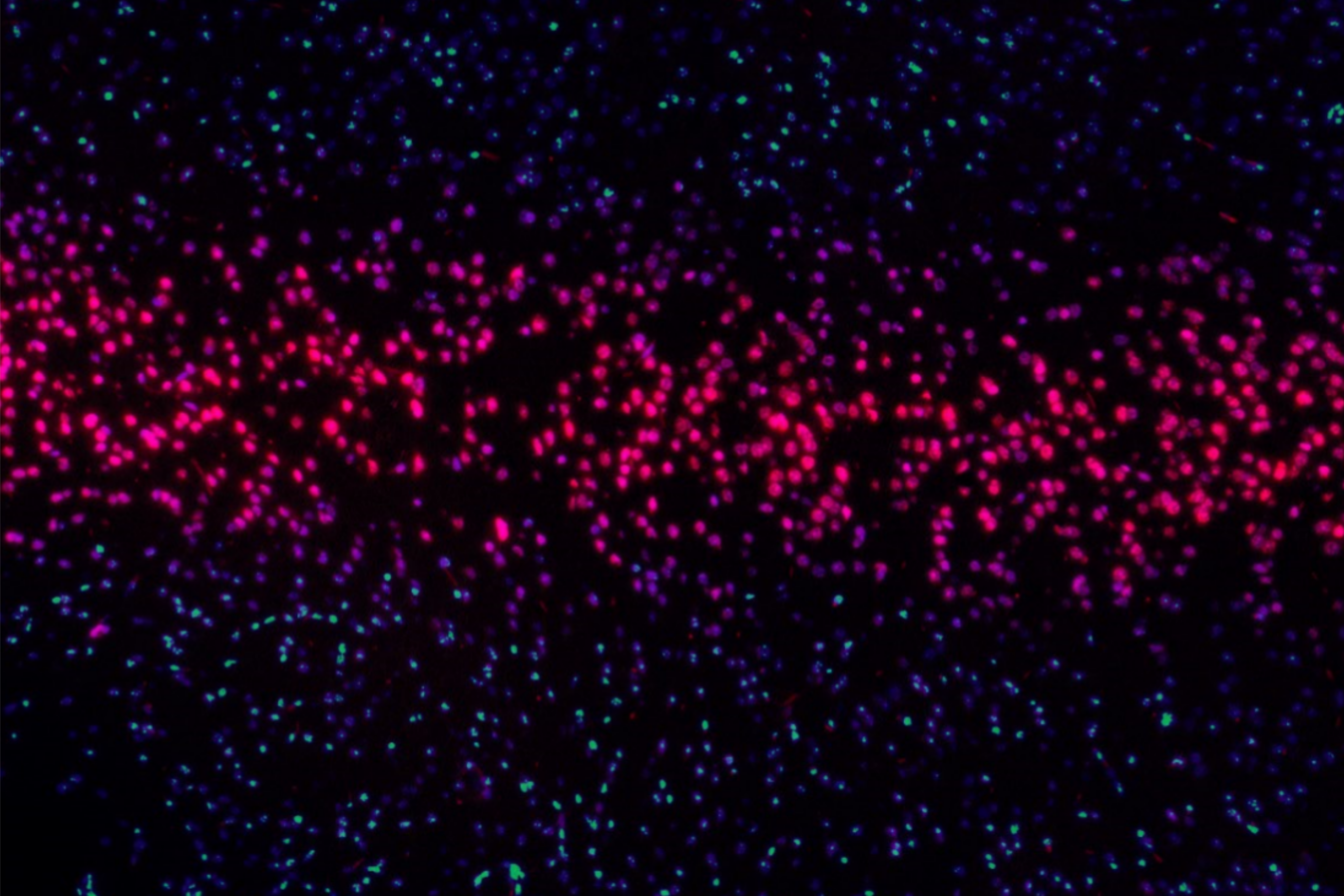 Researchers from the Luxembourg Institute of Health are working on the development of novel anticancer strategies based on oncolytic viruses, “good” viruses that can specifically infect, replicate in and kill cancer cells. In particular, the Laboratory of Oncolytic-Virus-Immuno-Therapeutics (LOVIT) team elucidated the mechanism through which the H-1PV cancer-destroying virus can attach to and enter cancer cells, thereby causing their lysis and death.

At the heart of this process lie laminins, and specifically laminin γ1, a family of proteins on the surface of a cancer cell to which this virus binds, and which therefore act as the ‘door’ through which the virus enters the cells.

The findings, which were published in the prestigious international journal Nature Communications, carry significant implications for the advancement of virus-based anticancer strategies and for the prediction of a patient’s response to this innovative therapeutic approach.

Oncolytic viruses, such as the rat virus H-1PV, have the ability to selectively infect and kill tumour cells, inducing their lysis and stimulating an anticancer immune response, without however harming normal healthy tissues. Despite their notable clinical potential, their use as a standalone treatment does not currently result in complete tumour regression, mainly due to the varying degree of patient sensitivity and responsiveness. It is therefore important to be able to identify patients whose tumours display genetic characteristics that make them vulnerable to the virus and who are thus most likely to benefit from this novel anticancer therapy.

“In this context, we sought to elucidate the features of host cancer cells that enable oncolytic viruses to effectively infect and destroy them, focusing specifically on the factors required for cell attachment and entry.”

Dr Antonio Marchini, leader of LOVIT and corresponding author of the publication

Using a technique known as RNA interference, the research team progressively ‘switched off’ close to 7,000 genes of cervical carcinoma cells to detect those that negatively or positively modulate the infectious capacity of H-1PV. They thus identified 151 genes and their resulting proteins as activators and 89 as repressors of the ability of H-1PV to infect and destroy cancer cells.

The team specifically looked at those genes that coded for proteins localised on the cell surface, in order to characterise their role in determining virus docking and entry. They found that a family of proteins called laminins, and particularly laminin γ1, play a crucial role in mediating cell attachment and penetration. Indeed, deactivating the corresponding LAMC1 gene in glioma, cervical, pancreatic, colorectal and lung carcinoma cells resulted in a significant reduction in virus cell binding and uptake, and in increased cancer cell resistance to virus-induced death. A similar effect was observed when switching off the LAMB1 gene encoding the laminin β1 protein.

“Essentially, laminins at the surface of the cancer cell are the ‘door’ that allows the virus to recognise its target, attach itself and penetrate into it, subsequently leading to its destruction. In particular, the virus interacts with a specific portion of the laminin, a sugar called sialic acid, which is essential for this binding and entry process and for infection.“

The team went a step further and sought to assess the clinical implications of their findings for cancer patients. They found that laminins γ1 and β1 are differentially expressed across different tumours, being for instance overexpressed in pancreatic carcinoma and glioblastoma (GBM) cells compared to healthy tissues. Moreover, in brain tumours, their expression increases with tumour grade, with late-stage GBM displaying higher laminin levels than lower grade gliomas. Similarly, based on the analysis of 110 biopsies from both primary and recurrent GBM, the researchers reported significantly higher levels of laminins in recurrent GBM compared to primary tumours.

“These observations indicate that elevated laminin expression is associated with poor patient prognosis and survival in a variety of tumours, including gliomas and glioblastoma. The encouraging fact, however, is that cancers displaying high laminin levels are more susceptible to being infected and destroyed by the H-1PV virus and that patients with these tumours are therefore more likely to be responsive to this therapy.”

Dr Antonio Marchini, leader of LOVIT and corresponding author of the publication

These findings could lead to the classification of cancer patients according to their individual laminin expression levels, thereby acting as a biomarker that predicts their sensitivity and responsiveness to H-1PV-based anticancer therapies. This will in turn allow the design of more efficient clinical trials with reduced costs and approval times and, ultimately, the development of enhanced combinatorial treatments to tangibly improve patient outcomes.

The study was published in June 2021 in the renowned journal Nature Communications, with the full title “Oncolytic H-1 parvovirus binds to sialic acid on laminins for cell attachment and entry”.

More about the Luxembourg Institute of Health